On a day when Dana White got the good news that the UFC closed a deal with ESPN over digital streaming rights for future events, he also got some bad news: Chuck Liddell may be fighting again soon. 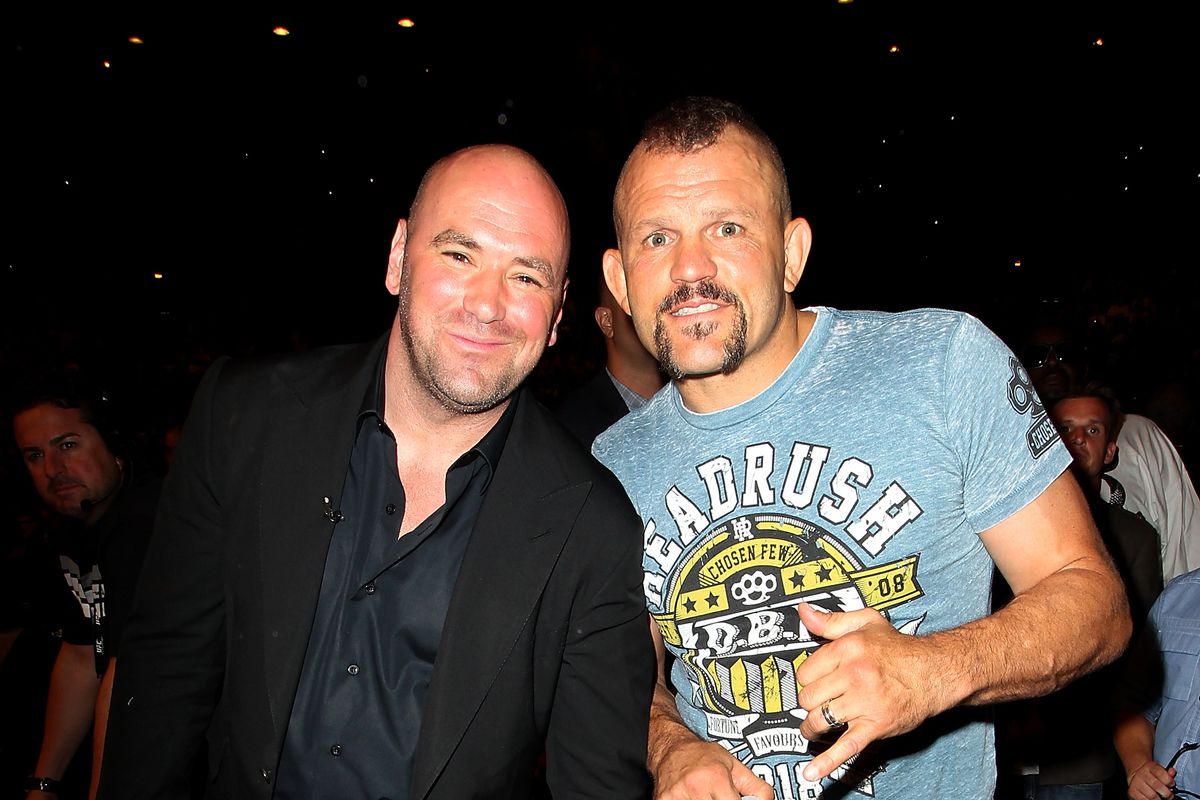 The former UFC light heavyweight champion has been expressing an interest in comeback fight recently, particularly against his longtime rival, Tito Ortiz. On Tuesday, Oscar De La Hoya, who has previously shown an interest in promoting that fight as part of an attempt to start up his own MMA promotional company, Golden Boy MMA, told TMZ Sports that they were in the process of “finalizing contracts” to get everything going.

“We’re finalizing contracts, getting everything rolling,” said De La Hoya. “I’m excited. I’ve been talking to Chuck and Tito. They have a crazy history among both of them. Both guys are beasts. If they want to fight each other, I’m ready.”

In what started as a gag but turned into something serious, Liddell and Ortiz have been teasing a fight with one another for about a year now, potentially in boxing if not in MMA. Liddell even recently said he was “for sure” making a comeback, and since White has no interest in promoting a Liddell fight, that leaves the door open for De La Hoya or another enterprising promoter to jump in. White hopes this isn’t the case though and that De La Hoya is interested in Liddell for his brain, not his fists. Speaking on the UFC Unfiltered podcast recently, White addressed the potential for a Liddell comeback, saying he would love for Liddell to get involved in MMA promotion but that he hopes Chuck would not be fighting for Oscar De La Hoya.


“I get it,” said White. “Everybody sees whats going on, everybody wants a piece, and I hope that’s the case. What I do hope is that he is partnering up with Chuck Liddell and they are going to be partners other than have Chuck Liddell come in and fight. If they are going to partner up in the MMA business, nothing will make me happier. That is awesome and I would love to hear if that is true for Chuck. If he plans on kicking off his MMA program with Chuck fighting, that would not be good and really, really bum me out. Chuck Liddell is almost 50 years old, he doesn’t need to be fighting.”

Liddell has not fought since his knockout loss to Rich Franklin in June of 2010 and all indications are that he was pressured into retirement by White who didn’t want to see him take any more damage. Liddell was transitioned to a staff job with the UFC but after the sale to WME-IMG, Liddell was let go. He ended his career with a 21-8 record but lost five of his final six bouts, four by brutal knockout.

I’ll play for Chelsea until I am 40